After the wrongful death of a family member, damages awarded in a personal injury claim are meant to cover any losses that resulted from the family’s loss. There are many different types of losses that a family can suffer as a result of a wrongful death, from medical expenses and hospital bills, to funeral costs, loss of pension, loss of social security benefits, and much more. If you have just recently lost a loved one in a wrongful death accident, contact a personal injury lawyer as soon as possible to learn your rights to pursuing legal action against the negligent party or parties and their insurance carriers. You and your family could be entitled to certain future damages.

Continue below to review what future damages are and where to find trusted legal counsel near you.

In a wrongful death case, certain family members can file a claim for compensation to cover their direct losses, such as medical bills and funeral costs. These are easily calculated because they are direct financial payments that were made as a result of wrongly losing a family member. However, many families of wrongful death victims will qualify for other types of damages, such as future damages, which can be more difficult to quantify, yet deserve compensation, nonetheless.

The most common future damages awarded in wrongful death cases are loss of future wages, loss of retirement benefits, and loss of pension. These damages can be calculated, and then added to a current settlement in present value. Present value is the total amount of compensation for current and future losses, but in today’s dollar value. Fifty years ago, a dollar had more value than it does today, so the same principal applies to present value calculations. Present value estimations must take into consideration certain factors in order to develop an accurate amount of compensation, such as interest rates, tax credits, inflation, and similar economic influences.

Such legal concepts are not easily understood by anyone not in the legal profession. It is important to discuss all of your questions and concerns with an Indiana personal injury attorney who specializes in wrongful death claims. We have the knowledge, skills, and professional resources to explain your case in a language someone can easily understand. If you have a good case, we will work hard to recover the maximum settlement or verdict for your claim.

Call the Law Office of Craven, Hoover, and Blazek, P.C. at 317-881-2700 to schedule a free initial consultation with an experienced wrongful death lawyer in Indianapolis, Indiana. Seasoned lawyers, Daniel Craven, Ralph Hoover, and Keith Blazek can help you recover the full and fair compensation you deserve after losing a loved one in a wrongful accident. Call 317-881-2700 to get started today. 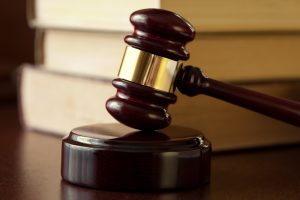 Under tort law, when a person is a victim of a civil wrong-doing, a court may award damages to compensate them for their injuries and losses. Assessing the amount of damages is often a difficult and complex process since so many variables influence the final determination. A court must consider the losses or injuries of a victim’s person, property, and overall quality of life. Courts take this responsibility seriously since the law intends to help victims get back to the same state of life they were in before their accident.

It requires substantial evidence on behalf of the victim to recover the full and fair amount of compensation for the total amount of damages and losses. Evidence includes medical records, police reports, expense records, witness statements, interviews, and much more. But when the process of assessing damages is over, there are certain categories of damages that may be awarded. Continue reading to learn what three types of damages are awarded to injured victims and what they each represent. 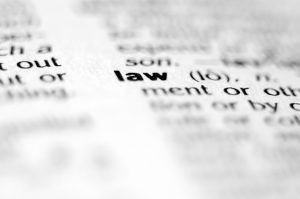 Courts may also award additional punishable damages in special cases of egregiously offensive conduct. These are called punitive damages, or exemplary damages, and are more intended to reprimand the wrong-doer rather than award the victim (although the victim still receives monetary compensation). Punitive damages are awarded in cases where victims suffered losses as a result of anothers extreme maliciousness, brazenness, or flagrant negligence. They are intended to set an example, as well as,
reform the wrong-doer and deter others from
similar immoral behaviors. 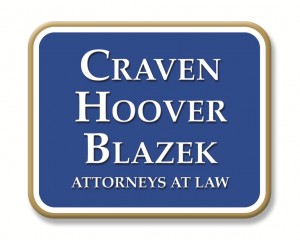 Call Craven, Hoover, and Blazek P.C. at 317-881-2700 when you need experienced Indianapolis personal injury attorneys you can trust. Seasoned accident lawyers Daniel Craven, Ralph Hoover, and Keith Blazek, are eager to recover the full and fair compensation victims of wrongful injuries deserve. Our personal injury law firm provides free initial consultation and never collects attorney fees unless we recover a settlement for you. Get started on an effective path to restoring your life after a serious accident by calling our Indianapolis accident attorneys at
317-881-2700 to schedule an appointment today.