The term “Defamation of character” describes a situation in which a false statement or accusation is mentioned or written as fact about a person, and subsequently causes suffering and damage to that persons reputation. Defamation is also referred to as “slander” or “libel”, and is recognized under Tort Law. 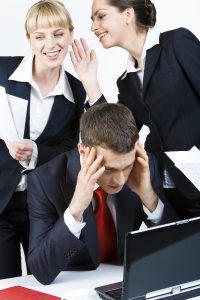 When a persons’ name is “defamed” by another person, entity, or organization, there are consequences suffered as a result. This person can be scorned, ridiculed, hated, and shamed within their community because of a false accusation or statement about them. In more serious occurrences, slander situations can be on an even larger scale than just their community, especially if they are famous or well-known in the public eye.

In other cases, slander can cause many losses, such as child custody, employment, friends, and family support. If a person, organization, or other entity commits libel against a falsely accused person, it can result in a lawsuit, and more than likely not end in favor of the slanderer.

There is terminology associated with defamation law, slander, and libel. These terms are important to be familiar with if ever involved in a defamation case. Knowing and understanding the facts surrounding a defamation case is crucial, and knowing these terms and phrases can help a person accomplish just that.

This occurs when a person, entity, or organization spreads a false statement or accusation vocally. This is an example of slander. Speaking these false statements and saying them out loud publically can come with consequences because it is categorized under defamation of character. In order to be recognized as actual slander, the person must have proof that it was said as fact, rather than opinion by the accuser. Oral defamatory cases are harder to prove because of these conditions and more. Sometimes slander cases are easier proven when malice is involved by the accusing party.

Malice can be described as intentional and hostile impulses of “meanness” or a desire to inflict suffering or harm on another person. If an entity, organization, or person commits any type of malice that can be proven, it can be a potential defamation case.

“Defamation per se” are cases where there is so much obvious malice and harm to a reputation, that proof of intent is not required in order to pursue a defamation lawsuit against the accusing party. Accusing someone of having a contagious disease or committing an immoral crime (i.e. sex crimes, animal crimes, child crimes), is grounds for a defamation per se case.

“Defamation per quod” is the exact opposite of “defamation per se”. This is when malice and intent is not obvious at all, and proof is required to carry out a defamation lawsuit successfully.