Can an Injured Employee Collect Unemployment and Temporary Total Disability Benefits if Laid Off? 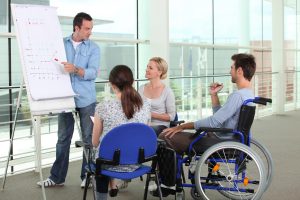 A few years ago, the Indiana Court of Appeals made a ruling regarding injured employees and workers compensation. They ruled that an injured worker can still receive workers’ compensation benefits even after collecting unemployment during the same time-period, so long as the total amount of unemployment is deducted from the total benefits collected once a settlement is reached. Please continue reading to review an example of such case and learn more about injured victims’ rights.

A mechanic is injured on the job and takes medical leave while collecting temporary total disability benefits (TTD), or workers’ compensation. The mechanic, although still in pain and disabled, is cleared by a doctor to return to work. When the mechanic does return to work, he finds that he is still in too much pain to perform his vocational duties. And then the shop owner closes the shop and lays off all employees. So what does the mechanic do now? Well he files for and collects unemployment, naturally.

But as he is beginning a new job at a new shop, he realizes that he just can’t do the same nature of work as he used to with all the pain and discomfort he’s experiencing. So for this reason, he has to leave the workforce a second time. At this point, the mechanic sees a doctor for an independent medical exam (IME). During this exam, the physician finds that the mechanic is currently, and has remained, disabled from the time of his initial injury. So now the mechanic, although still collecting unemployment, needs to collect additional TTD benefits as well. Employers are not fans of this. They will fight tooth and nail to avoid paying any additional workers’ compensation to injured employees, especially if they are already collecting unemployment. However, there is a solution for this.

The courts view on such a scenario is that an injured worker CAN be eligible for both unemployment and TTD benefits at the same time, but can only receive one. In this case, the mechanic could be awarded TTD benefits from their employer so long as the total amount of unemployment paid is deducted. Unemployment must be deducted otherwise the employer can contest that the worker was already being paid unemployment and looking for new work. So if a worker is still injured but collecting unemployment, they can argue for TTD later, with the help of a skilled personal injury lawyer.

You see, many Indiana workers are injured on the job, and then laid off while collecting TTD benefits. But once the lay-off happens, many employers are slow to continue paying any TTD benefits, so injured workers resort to filing for unemployment because it’s faster and they need the financial support. But this is not fair, and TTD benefits can be fought for with a fervent legal team on your side.